One of the key tasks EPICH has been consistently involved in is the laying of paths in an attempt to make them more walker friendly and easy to navigate by anyone who likes to wander around the area and see the changes in the seasons occur in the grounds.

The first paths were achieved with a grant of £8000 from HPC, and were made of wood chippings laid with a view to completing a circular path around the Grange, serviceable in all weathers.  Landscape matting was introduced under the chippings in December 13 which proved very successful, so was extended.but it still took weekly working parties from EPICH volunteers during 2014 to keep the chippings topped up and in place.  In Autumn 2016 the decision was taken to replace chipplings and instate an all-weather surface. 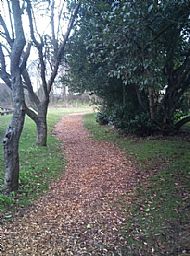 Introducing an all weather surface required planning permission, but by the end of 2017 it was in place and EPICH now oversee a contract to keep it in good order. 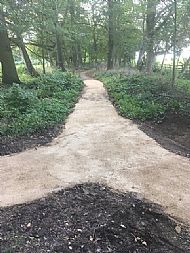 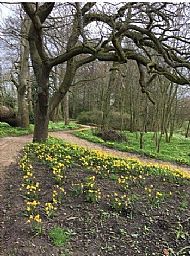